The festival of Diwali was celebrated on Thursday 19th October 2017. To help us understand the meaning of the festival of light we have been reading the story of 'Rama and Sita'. We worked in groups to reorder the story and act it out using drama. We then looked at 'Rangoli' patterns which are used to decorate the homes during the festival. We created some of our own in groups using some 2D shapes. 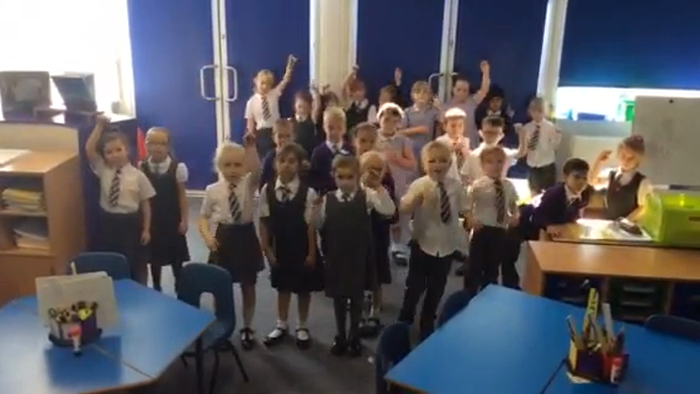 Telling the story of 'Harry and his Bucketful of Dinosaurs'

We have been learning all about Harry and his bucket of dinosaurs and have been using puppets to tell each other the story.

As part of our topic work we have been sorting dinosaurs using different features and characteristics.

We had a go at following some insructions to make a picture or a shape using NUMICON.